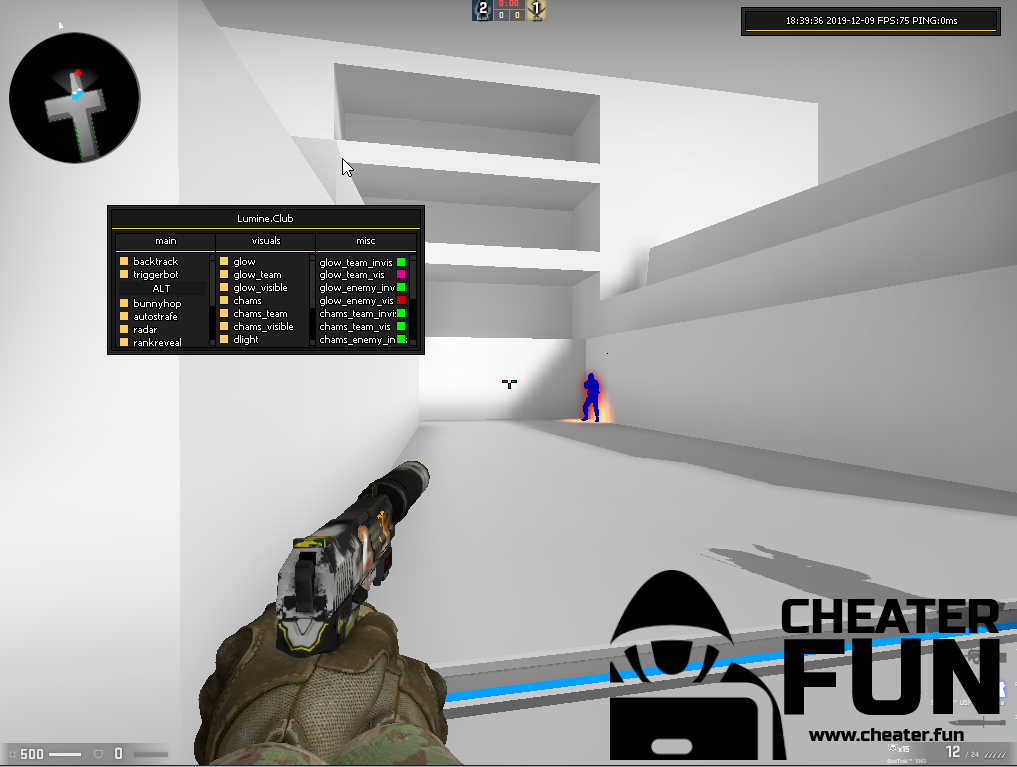 New free cheat on CS: GO under the name Lumine.Club. This software was made by the developer of hacks uzytkownik for which he special thanks. Cheat is a legitimate, inconspicuous hack on the game CS: GO which is controlled by a convenient menu. The functionality here is very simple, but necessary. There are well-known functions and functions that are rarely seen. Now read more for example here is a function of the ESP (wallhack) with which you will be able to see enemies and allies through walls, here is a TriggerBot [ALT] feature for automatic pickup, and RadarHack and BunnyHop, but this list does not end here because there are other features such as: Hitmark - after hitting the enemy, the crosshair appears around the label known, for example, from the Call of duty Hitsound is the Sound is made when an opponent strikes, RankReveal - rating of all players in the table, and Dlight. The cheat is very easy to run and use. Does not require additional programs to run, everything is launched in two clicks.

HOW TO USE
Download and unpack the cheat.
Turn on csgo.
Run the cheat as an administrator
The console will flash 2 times and then display continuously, which means that czit is ready for action.


Dear visitor, You are logged in as an unregistered user. We recommend You to register or enter the site under your name.

Not working.... I press Num 5 when I try to add Money, and not working.

Can game detect this cheat?