You can download a free cheat for the game GTA V FiveM from our website. This is a multifunctional cheat with which you will dominate the GTA 5 FiveM game servers. There are two current functions available, this is the Aimbot function to improve your shooting, as well as the ESP function so that you can see your enemies through walls and any other textures on the map, such as buildings, fences, and so on. Additionally, there is a setting of the sight, displaying friends, and so on. All the functionality is controlled through a simple menu that you can open right during the game. 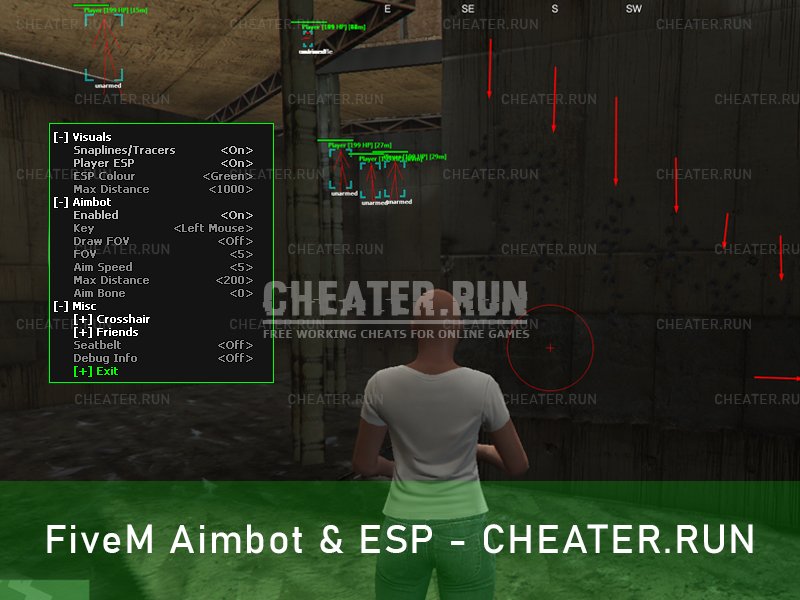 FiveM is a multiplayer modification for Grand Theft Auto V, the same as there were popular multiplayer mods for the old GTA series, which offers advanced multiplayer platforms for people to play on dedicated servers with user modes and various modifications different from the original game, that is, like its predecessors: MTA, SAMP. It is developed on a solid multiplayer framework from Rockstar Games as part of the RAGE engine, which has been thoroughly tested since its first release in 2008, new features are being added, and high-level customization options are being added.


You should have better fps when you're in borderless/window mode

Only authorized users can download files. Please Log in or Register on the website.
Subscribe to the news GTA V: FiveM Cheat Aimbot & ESP
If the news changes, you will receive an E-mail notification.
Subscribe
Already subscribed: 24
Comments
The minimum comment length is 50 characters. Comments are moderated. Use only English.
Information
Users of Guests are not allowed to comment this publication.
FAQ
See also