Some players after the next update of the game did not work cheats, even if the developers have updated them. The fact that CS:GO has moved to a new level and developed the Panorama UI and gradually CS:GO will abandon the old menu and all players will play using this UI. We are also ready for updates and our Polish friends are ready to provide you with a new cheat on CS:GO under the name PanoramaSimpleCheat. This contains in its functionality only three necessary functions for legit game. We will tell you about these functions in detail. Function Wallhack is probably the best and most popular feature among all tools in the game CS:GO. It is very simple and understandable for any player. Simply put WH will illuminate the players thus making them visible through the walls and any other obstacles that generally exist on the map. 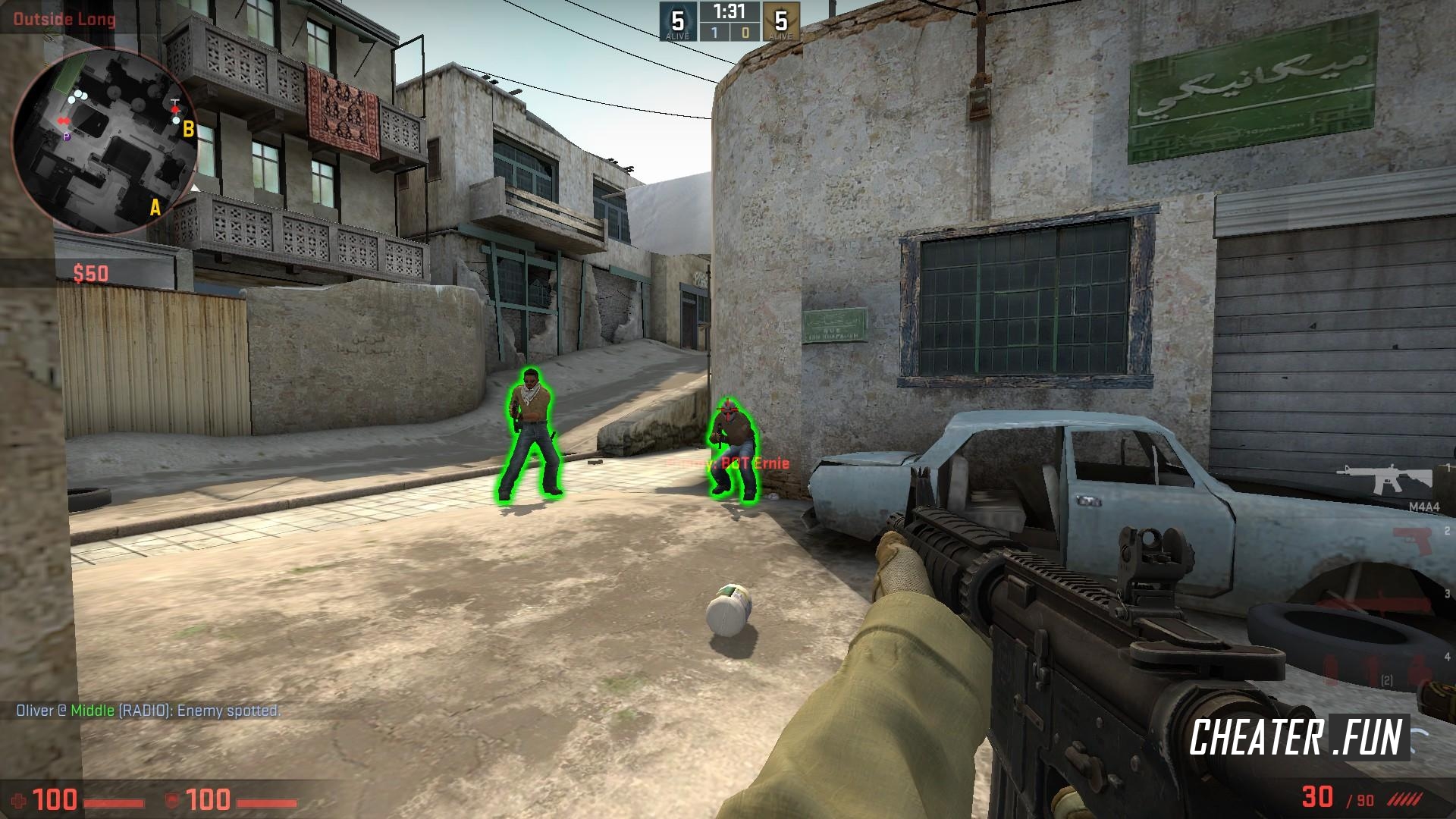 Bunnyhop function is known since the days of the game CS 1.6, a function that is necessary in any gameplay. With this function, you will move around the map much faster by pressing the spacebar. RadarHack function will add to your standard radar icons of your opponents, which gives you the opportunity to know in advance where your enemies will run.

WINRAR PASSWORD: cheater.fun
Download links have been removed at the request of the copyright holder.
Dear visitor, You are logged in as an unregistered user. We recommend You to register or enter the site under your name.

safe to use after new csgo update? and steam update
MarIeys
Today, 09:40

better use adf.ly or others "money" link instead of linkvertise
SlowenedCsgO
Today, 09:25

If you guys are here to try and find a good free LEGIT cheat, Osiris is probably the best. If you have a little bit of cash to spare there are a couple of cheap good cheat you'd have to look around to find them, I only know one and its interium and I think it's probably the best for 3$