"Electricity" is really the most dangerous place in Among Us


A Reddit user named Dinning, an avid fan of Among Us, decided to analyze how his gaming life is going. He played a hundred matches on The Skeld map, and brought the statistics of each into a single infographic.

Calculations have confirmed that the most dangerous room on the map is the hall with electrical equipment. It has an air vent leading to the Infirmary or Security, so that the traitor can easily leave the scene of the crime. In addition, the ventilation entrance is located near the site of one of the missions, and the corpse is not visible from the entrance. 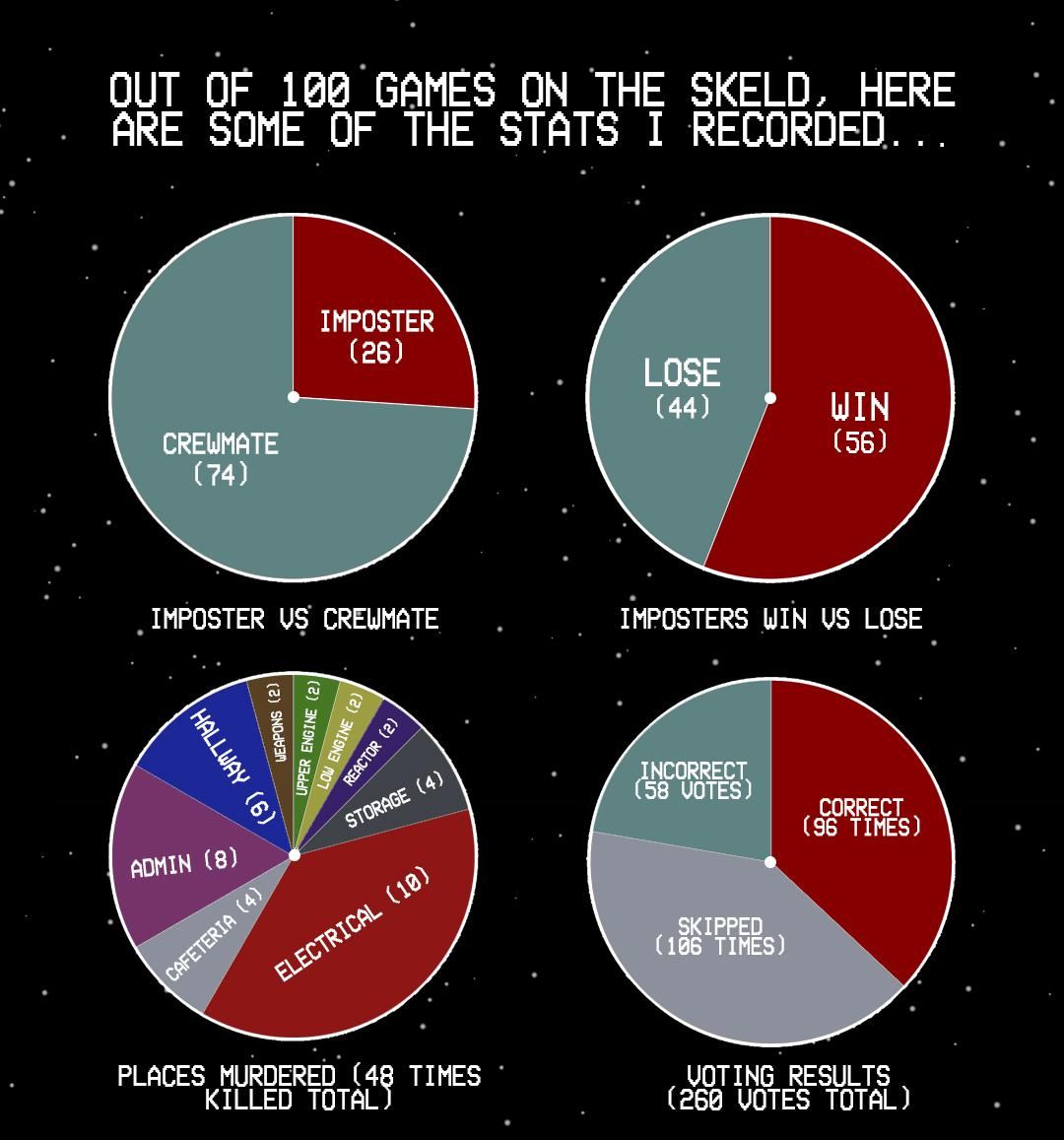 Out of a hundred games, Dinning managed to play the role of a Traitor 26 times. Most often, 106 times, the vote ended in nothing, the players could not come to a consensus. In 46 cases, someone left the game immediately after the start. And in every tenth case, the alarm was announced without any reason.
Judging by the numbers, the author of the infographic did not often manage to meet cheaters and hackers, as rumor has it. However, developers have already started to fight them.

Only authorized users can download files. Please Log in or Register on the website.
The file has been deleted
Subscribe to the news "Electricity" is really the most dangerous place in Among Us
If the news changes, you will receive an E-mail notification.
Subscribe
Already subscribed: 0
Comments: 7 Views: 4 976
0
0
discuss

Can you please tell me how you can activate it ? the trigger button doesn't work

how do u open thw menu

I have the same problem

can you tell me what beta i have to use? gmghost doesnt load on either of the chromium branches

Discord community
Subscribe to our channel
Related publications
A player in Apex was banned at the request of a streamer. Later it turned out that the ban was successful
October, 23
Team Fortress 2 players have figured out how to fight cheaters
September, 05
Thorin about cheating in CS:GO
September, 04
The Chinese market for cheats has grown to $293 million, despite the government's ban measures
September, 04
Call of Duty: Black Ops Cold War is already full of cheaters, and banned software for the game is actively sold Online
November, 18
CHEATER. fun